Hello everyone in the Toypic Community! Jared here from @beermanphotography.  Today I will be reviewing the Morphonauts Wave 1 figures by @morphonauts.

This wave consists of three figures: Crabinaut, Pyronaut, and Razornaut.  Want to know more about a mutant crab, robot, and human survivor? Read the following review to find out more!

Reviews at Toypic Community are graded on a numeric scale.  Each category is ranked on a 1-5 scale, with 1 being the lowest and 5 being the highest.  We then total the categories up to give an overall final score!

The packaging for the figures is extremely sturdy and well assembled.  The plastic insert holding the figures is the thickest plastic I have ever seen, no shifting during shipping for sure.  The sides of the boxes are full of information on the Morphanauts universe.  One side has general world information and the other has a backstory for the individual figure.  I really like when figures have a backstory, it can often lead to ideas for photography!

The back of the box shows the standard figures along with some possible combinations you could make.  There is also an advertisement for a Morphonauts Morpho Lab app that allows you to customize your own characters.  This is a great feature that extends the total play value you can get from this figure.

The sculpt of Pyronaut easily makes it my favorite figure in the line.  The details of the rivets are excellent to show the suit is made out of metal.  The suit also has numerous other details that show it is made up of panels instead of one solid piece.  The flamethrowers and gas tanks this figure comes with are fantastic accessories and could easily be used with any of the figures if you are aiming for more of a battle look.

My second favorite figure is Crabinuat.  Crabinaut’s details clearly resemble a crustacean with a hard outer shell and multiple claws to grab and tear apart the enemies.  This is a classic look reminding me of a character that could fight Aquaman in the depths of the ocean.  The detail on the backpack and torso really stand out to me and convey the mutant crab look even further than the claws would alone.

Razornaut is my least favorite character in the wave.  There is nothing wrong with him, but I was just not wowed by this character.  When using these figures for photography, Razonaut would be the figure I would have being attacked by the other two.

I generally shoot figures 6 inches and above, so these 4.5 inches figures are a bit smaller than I usually photograph.  The individual articulation of these figures is limited but provides enough to still create some good poses for photography.  The key to these figures is the magnetic joints.  These joints allow you to mix and match the parts all together to come up with unique characters.  I have never seen this ability in an action figure before and I honestly think it is really cool.  As a photographer this gives me plenty of variability.  As a kid, I would have loved the ability to let my imagination run wild and assemble my own figure.

The paint is generally 2-3 colors per figure.  All solid with no shading or weathering.  The paint is applied very well with no smudging or bleeding.  The solid colors do limit some of the details for toy photographers but I think are good choices for a child’s toy.  These figures could be easily painted and weathered to suit the individuals needs but from a photography perspective it would have been nice to see some of that out of the box.  I plan on customizing Pyronaut to give him a metallic look which I think will really enhance the figure and make the molded details stand out more.

As I write this review the figures are available on Amazon for $15.99-$16.99 and I think that is the perfect price point.  Since these figures are not 6 inch they should be less expensive than Star Wars Black Series ($20) but more expensive than the Vintage Collection, which are 3.75 inch ($13).  The price allows you to buy a few to get the full ability of magnetic swapping without breaking the bank. 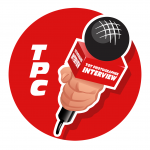 An interview with @swphoto4523Interviews, Uncategorized