“In an online world plagued by toxicity, toy photographers look to stand for something more!”

“Find a group of people who challenge and inspire you…and it will change your life forever!” – Amy Poehler

Let’s be perfectly honest. Fandom communities can be pretty toxic. Now, this is not the case with all of them, but there are more than a few out there whose members look to be bent on breaking the will of those who buck against the status quo.

Do you like that new casting choice for your favorite show? Did you enjoy that big screen reboot of your favorite franchise? Well, that’s all well and good. But, go against what’s cool or trendy in your chosen fandom – and yes, in some cases this includes hating on something new or different, and you’re going to hear about it. And probably not in the nicest way.

It’s more than a little upsetting to ponder. Sure, we had debates and arguments prior to the age of social media. And, the same can be said about those dark ages before the arrival of the Internet. However during the years of AOL and Blockbuster Video, it just seemed as though we were all a little more willing to just let bygones be bygones. You liked Kirk more than Picard? Felt SEGA was cooler than Nintendo? Fine. We didn’t like it, but such is the way the world worked.

Or, should I say, works?

People haven’t stopped having opinions, but in this new age of entitlement it seems as though there are those out there who’ll stop at nothing short of harassing any and all whose opinions differ from theirs.

Now, let me repeat, this is not the case with all fandom communities. There are those out there filled with some of the nicest, most supportive and inspiring people you’ll ever meet. And, one particular virtual destination that has constantly been on my GPS over the last little while has been the field of toy photography.

The phenomenon exploded on to the scene a few years back, and has grown to impressive proportions in a very short period of time. Shutterbugs of varying ages, genders and ethnicities lay their soul bare to the world, using light, locations and a few techy tricks to create images so vivid and realistic you’d swear a simple hunk of plastic was a living, breathing being.

Here, dinosaurs roam, heroes keep a keen eye over the metropolis and robots transform and roll out. Here, thick fog rolls through the swamp, fire devours all in its path and hyphens of bright green energy slice through the air. And here, you will find a community of artists, collectors and fans who seem much more intent on building one another up instead of knocking each other down.

Granted, I’ve only been a part of this community for about eight or nine months now. Yes, I’ve been doing the whole toy photography thing for more than a few years, but when the field began to gain traction online, I never had the desire to join. At least, not at first. Can’t say I blame myself all that much though. Over the last decade, I’ve left more than my fair share of social media groups pertaining to my numerous areas of interest. All of which resulted from the seething toxicity of those apparent fans I was sharing wall space with.

It has truly soured my taste for fandoms, and I’ll admit, I end up leaving more groups than I end up joining nowadays. However, the same cannot be said about the toy photography community!

Late last year while looking through my files, I decided to throw caution to the wind and dip my toe into the water as it were. I set up a new Instagram account and tossed out a few glamor shots from projects I had done with Boss Fight Studio, DC Direct and Diamond Select Toys. Not expecting much, I waited. Within moments, I was messaged by a fellow Canuck who complemented me on the sense of humor expressed in one of my shots featuring the Swedish Chef. Soon after, a toy photographer over in the US begged me to tell them how I was able to pose my Dead-Eye Duck on his head, while a collector in Brazil complimented me on my use of lighting for a snapshot of the DC Essentials Black Manta!

As the days, weeks and months rolled along, similar comments followed. Some individuals even took the time to not only comment on how much they enjoyed my work, but even give me some helpful tips and tricks for improving my final products.

Eventually, newbie photographers were approaching me for advice on how to improve their photos, while still others were more than a little anxious to show me their latest snapshots. Connections were made, friendships were formed and, for the first time in over a decade, I actually began to enjoy sharing my work within this haven of positivity.

What a change in atmosphere compared to what I was used to seeing! There was no bickering. No harassing. No harshness or mockery. Instead, there was kindness, commendation and inspiration. Community members always stood poised and ready to help out their fellow photographers – be it with a tip, helpful trick, figure hookup or something else. Even unsolicited advice was taken with a sense of thankfulness and genuine gratitude!

Yes, this truly was a utopia in a virtual wasteland of toxic fandom fallout.

However, the question remains. Why? What makes the toy photography community such a joyous place to hang one’s hat? Well, I’ve pondered this for more than a few months now, and feel I’ve finally arrived at an answer.

The fact is that each of us within this ever expanding field are artists at heart. Photographer. Writer. Customizer. Each explores a different facet of creativity, and each hopes in the end they’ll have brought some semblance of enjoyment to those who experience their work. We are fickle. We are picky. We all want our work to be appreciated and seen for what it truly is – an extension of the soul.

Sure, that may sound a little over the top. However, every time we step behind the lens all we want is to create the best piece that we possibly can. Just okay will never do, and while the finished product may not always mesh perfectly with one’s vision, we do our very best. And hope to a higher power that our fellow artists will see things that way the moment we push that post button!

Here within the toy photography community, we are all in the same boat. We crave inspiration. We desire perfection. And know all too well what it’s like to fall overboard into the swirling sea of rejected ideas and failed projects. We experience jubilation for our colleague’s success, and look to build one another up because we are all aiming for the same thing. Art that perfectly expresses who we are as human beings.

We are visionaries. We are kindred spirits. We are friends. Yes, we expose ourselves to possible ridicule each time we look to showcase something new, but in this community of comrades, you can always count on your Shutterbug Super Friends to bolster and build you up. And, isn’t this kindness and friendship something we all crave in our lives?

I want to take this opportunity to congratulate all the artists, collectors and fans making up this fascinating field! Each of you should be extremely proud of the professional landscape you’ve carved out on the parched landscape of cyberspace! Perhaps one day, other fandoms will learn from your example – and finally realize that the world can be a much better place with a little kindness at its forefront!

I extend to you all the heartiest of handshakes and commend every last one of you for being unafraid to buck against the status quo and show the world just how amazing toy photography can really be! 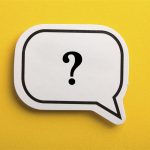